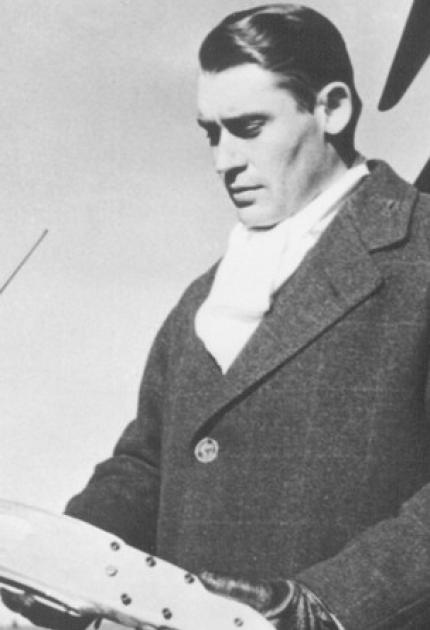 Aviation pioneer, entrepreneur, visionary, and humanitarian are all words that have been used to describe Charles H. Kaman.

Born in Washington, D.C. in 1919, Kaman graduated magna cum laude from Catholic University in 1940 with a bachelor's in aeronautical engineering. He began his aviation career with Hamilton Standard designing rotor blades for Igor Sikorsky. At the same time he was developing his own ideas about vertical flight. One of these was a design for a servo-controlled rotor system to improve stability and reduce pilot workload, a concept around which he started his own company, Kaman Corporation, in 1945. He went on to pioneer other firsts, including the gas turbine-powered helicopter and the remotely controlled helicopter. His H-43 Husky helicopter set numerous altitude and rate of climb records and was the forerunner of his K-MAX "aerial truck," the first helicopter designed for highly repetitive external lift operations.

His humanitarian service revolved around founding the Fidelco guide dog school in the early 1960s, which has opened new worlds of opportunity for the visually impaired. His numerous honors include the Wright Brothers Memorial Trophy and the National Medal of Technology.