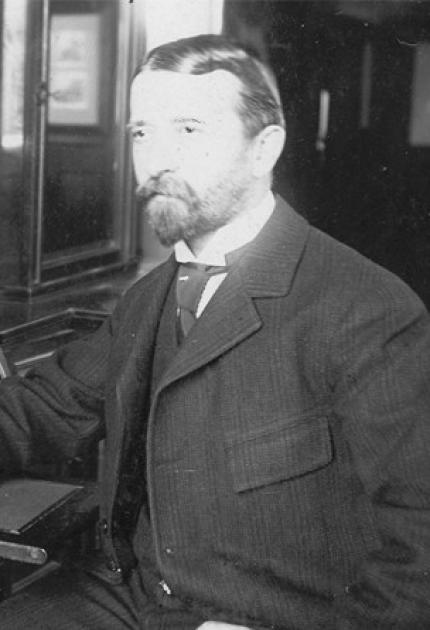 Charles Seeberger was an inventor whose patented idea contributed to the development of the modern escalator.

Born in Oskaloosa, Iowa and employed by the Otis Elevator Company, Seeberger is most commonly attributed with coining the term escalator, a combination of the Latin scala (steps) with "elevator." Seeberger's invention consisted of risers attached to a series of levers and wheels which traveled in tracks. As the slats were pulled along the tracks, the movement of the wheels and lever arms ensured that the steps remained horizontal throughout the entire operation. In addition, an elastic rubber strip placed underneath the slats remained in contact with the adjacent riser. The rubber strip served as a safety device to seal any gaps between steps.

In connection with the Otis Elevator Company, Seeberger built the first commercially produced escalator based on his design in the Otis factory in 1899, and put such a model on display at an exhibition in Paris in 1900 where it won an award. In 1910, Seeberger sold his design outright to Otis. The Otis Elevator Company began to manufacture escalators with many features that are still in existence today.