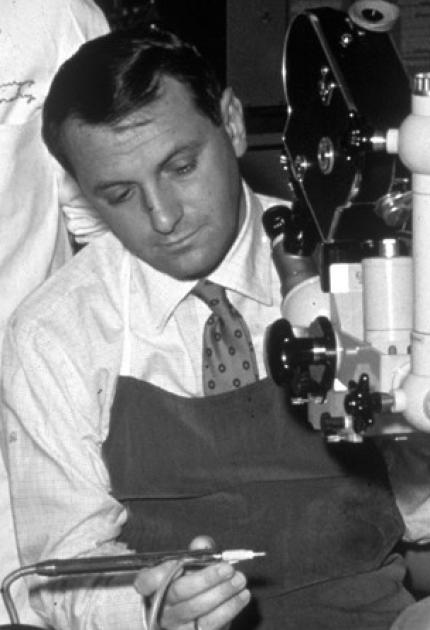 Dr. Charles Kelman is widely acknowledged as the leading innovator in the field of ophthalmology. His most celebrated achievement was the development of the procedure for removing cataracts known as phaco-emulsification, as well as the creation of instruments for carrying it out. In 1963, Kelman designed the phacoemulsifier, an instrument that liquifies cataracts within their capsules for extraction. Once the cataract is liquefied with a vibrating ultrasonic tip, the resulting fragments are then suctioned out through a small vibrating needle. This pioneering procedure dramatically reduced the risk of complications and turned a 10-day hospital stay into an outpatient procedure.

Kelman, born in Brooklyn, New York, received a B.S. from Tufts University in 1950 and completed his medical studies at the University of Geneva, Switzerland in 1956. The holder of over 100 patents, Kelman was the recipient of numerous awards, including the American Academy of Achievement Award (1970), the Ridley Medal from the International Congress of Ophthalmology (1990), the "Inventor of the Year Award" from The New York Patent, Trademark and Copyright Law Association (1992), and the prestigious National Medal of Technology (1992). In 1994, at the International Congress on Cataract and Refractive Surgery in Montreal, Kelman was named "Ophthalmologist of the Century" for his pioneering work in phacoemulsification.