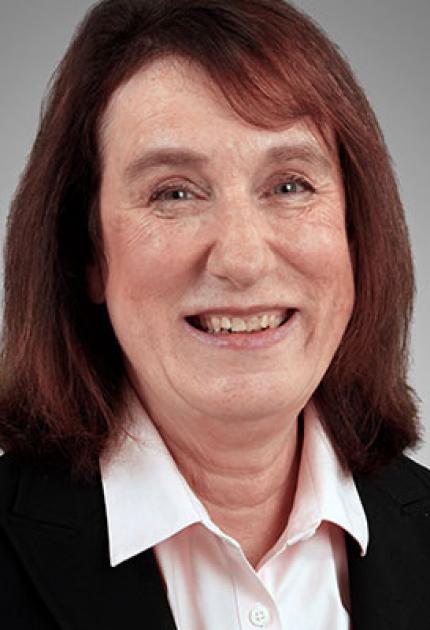 Horticulturalist Sylvia Blankenship and biochemist Edward Sisler identified 1-methylcyclopropene (1- MCP), a novel compound that significantly extends the freshness and storage life of fruits, vegetables and cut floral products by mitigating the effects of ethylene. Contributing to large reductions in food waste, and year-round access to fresh fruit, 1-MCP is best known for its use with apple crops under the trade name SmartFresh™. For floriculture crops, it is known by the name EthylBloc™.

Ethylene, a naturally occurring gas, stimulates plant development and fruit ripening by docking in plant cell receptor sites. 1-MCP docks in these same sites, in place of ethylene, and alters the signals that drive cellular processes. As a result, produce and flowers treated with 1-MCP remain fresh much longer.

Blankenship, who as a young child had always been interested in nature, cultivated a passion for horticulture through her undergraduate and graduate education. This led her to North Carolina State University (NCSU), where she began working with Sisler to explore the properties of plant compounds. In speaking with the National Inventors Hall of Fame®, Blankenship emphasized the importance of collaboration: “If somebody has a little bit different expertise, you need to learn how you can benefit each other.”

1-MCP was patented in 1996 and was soon licensed by Floralife for floral crops. In 1996, AgroFresh was formed to commercialize 1-MCP for fruits and vegetables. Their product, SmartFresh, was approved by the Environmental Protection Agency for use in the United States and introduced in 2002. Today, SmartFresh is used on more than 30 crops, including 50 to 70% of the apples harvested in the United States. Licensing fees for 1-MCP have brought in more than $25 million for NCSU, the highest royalty revenues in the school’s history.

10 Things You Need to Know About Sylvia Blankenship>>>