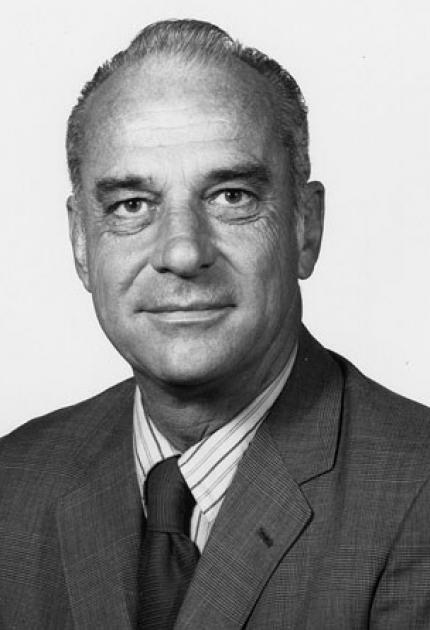 Ray McIntire invented polystyrene foam, more commonly known by its brand name, STYROFOAM™. Patented in 1944, today STYROFOAM™ is a leading brand of insulation used in millions of homes and buildings around the world to increase energy efficiency and protect against wind, rain, and moisture. The material is also a favorite among crafters.

McIntire was born in Gardner, Kansas. After graduating from the University of Kansas with a B.S. degree in engineering in 1940, he went to work for Dow Chemical Company. During World War II, when rubber was in short supply, McIntire's work focused on developing a rubber-like substance that could be used as a flexible insulator. In an experiment in which he combined styrene with isobutylene, he was surprised to find that the isobutylene formed tiny bubbles within the styrene. McIntire had accidentally invented foam polystyrene that was 30 times lighter and more flexible than solid polystyrene. The new material also exhibited outstanding thermal and moisture-resistant properties and was inexpensive to make.

McIntire remained at Dow Chemical for his entire career. He was promoted to research director, and later worked in the company's consumer and venture capital divisions. He retired in 1981 as Dow's director of technology and acquisition.