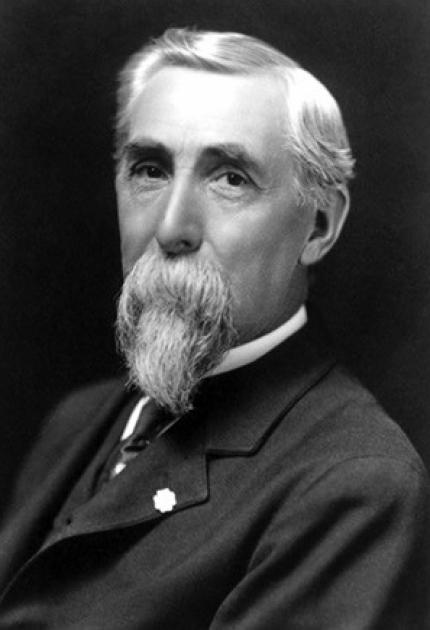 Henry M. Leland was an inventor, machinist, engineer, and automotive entrepreneur who not only founded two leading American automobile luxury brands, Cadillac and Lincoln, but also introduced to Detroit the concept of interchangeable parts for automobiles.

The basic techniques for making interchangeable parts were developed in 19th century New England. This concept was used by manufacturers who specialized in clocks, guns, and sewing machines, and Henry Leland played a prominent role in transferring this know-how from New England to the automotive industry. Leland applied his skill in manufacturing to the emerging motor industry as early as 1870 to Ransom E. Olds for use in his first Oldsmobiles. Leland fully entered the automobile business in 1902 when he joined forces with William Murphy and his partners to create a new company to market a luxury car built with precision interchangeable parts. Leland suggested they name the company Cadillac.

Leland sold Cadillac to General Motors in 1909 for $4.5 million, and later formed the Lincoln Motor Company. During WWI, Leland received a government contract to build the V12 Liberty Engine. The V8 engine used in the first Lincoln automobiles was influenced by the Liberty engine's design. Leland is also credited with inventing electric barber clippers and the Leland-Detroit Monorail.