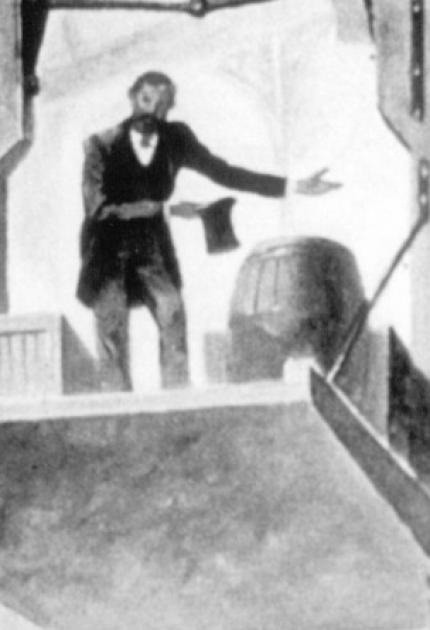 Elisha Graves Otis didn't invent the elevator; he invented something perhaps more important – the elevator brake – which made skyscrapers a practical reality. Born near Halifax, Vermont, Otis made several failed attempts at establishing businesses in his early years. Finally, in 1845, he tried to change his luck with a move to Albany, New York. There he worked as a master mechanic in a bedstead factory. He remained about three years and during that time invented a railway safety brake, and ingenious devices to run rails for four-poster beds and to improve the operation of turbine wheels.

By 1852 he had moved to Yonkers, New York, to organize and install machinery for the bedstead firm of Maize & Burns, which was expanding. Josiah Maize needed a hoist to lift heavy equipment to the upper floor, but traditional hoists had inherent safety problems. Otis created a superior device, a tough, steel wagon-spring meshing with a ratchet, and so created the elevator brake.

In 1854, Otis dramatized his safety device on the floor of the Crystal Palace Exposition in New York. The inventor ascended in an elevator inside an open-sided shaft. Halfway up, he had the hoisting cable cut with an axe. The platform held fast, and the elevator industry was on its way.