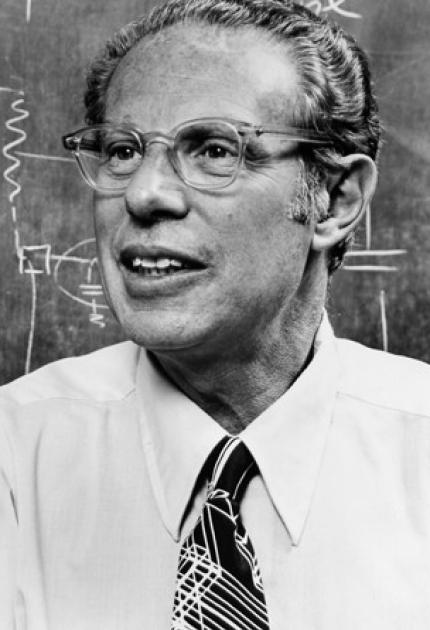 Robert Adler invented the first practical, wireless television remote control. Introduced as the "Space Command" by Zenith in 1956, Adler's device was sold with more than nine million televisions before the advent of infrared technology in the 1980s.

Born in Vienna, Austria, in 1913, Adler received a Ph.D. in Physics from the University of Vienna in 1937. He joined Zenith Electronics' U.S. research division in 1941 and specialized in military communications equipment during World War II. After the war, he focused on television technology. He invented the gated-beam vacuum tube, which substantially reduced sound interference, and led a team that invented a special circuit that improved reception.

In the early 1950s, television remote controls relied on cumbersome cords, or light beams pointed at photo cells in the television cabinet—photo cells which also reacted to sunlight. Adler's solution was to use ultrasound, or sound waves above the range of human hearing. The buttons on his device struck one of four aluminum rods inside the unit, which produced tones the television recognized as "channel-up," "channel-down," "sound on/off," or "power on/off."

Over the next quarter century, the ultrasound remote control became standard equipment for television viewing.