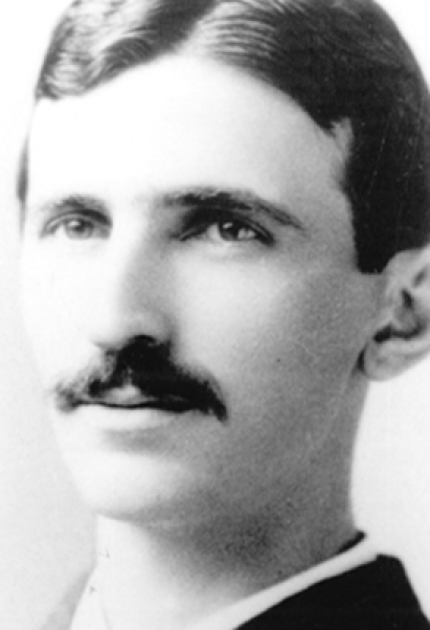 Nikola Tesla invented the induction motor with rotating magnetic field that made unit drives for machines feasible and made AC power transmission an economic necessity. Born in Smiljan, Croatia, the son of a Serbian Orthodox clergyman, Tesla attended Joanneum, a polytechnic school in Graz and the University of Prague for two years. He started work in the engineering department of the Austrian telegraph system, then became an electrical engineer at an electric power company in Budapest and later at another in Strasbourg.

While in technical school, Tesla became convinced that commutators were unnecessary on motors; while with the power company, he built a crude motor which demonstrated the truth of his theory. In 1884, Tesla came to the United States and joined the Edison Machine Works as a dynamo designer. In 1887 and 1888 Tesla had an experimental shop at 89 Liberty Street, New York, and there he invented the induction motor. He sold the invention to Westinghouse in July 1888 and spent a year in Pittsburgh instructing Westinghouse engineers.

Tesla obtained more than 100 patents in his lifetime. Despite his 700 inventions Tesla was not wealthy. For many years he worked in his room at the Hotel New Yorker, where he died.