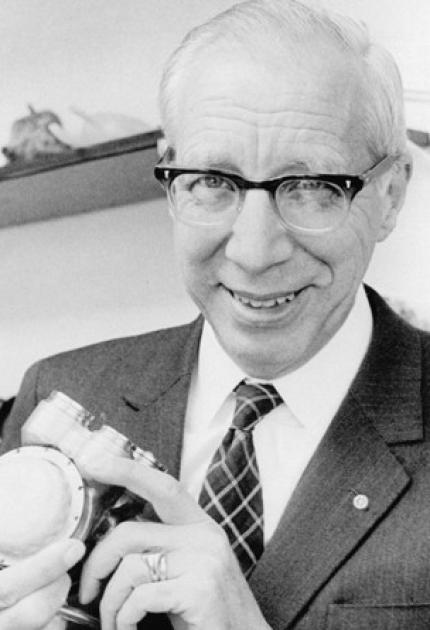 Medical researcher Willem J. Kolff invented the soft shell mushroom shaped heart and the artificial kidney dialysis machine. Born in the Netherlands, Kolff received his M.D. in Leiden in 1938 and a Ph.D. degree from the University of Groningen in Holland in 1946. He held nine honorary doctorates.

From 1934 Kolff held numerous medical research positions in the Netherlands and the United States. From 1950 to 1967 he was affiliated with the Cleveland Clinic Foundation, ultimately as scientific director of the Artificial Organs Program. In 1967 he became professor of surgery and head of the Division of Artificial Organs at the School of Medicine of the University of Utah.

The artificial kidney dialysis machine Kolff invented has been perfected through a series of improvements so that there are over 400,000 people in the U.S. with end-stage renal disease that are being kept alive by this invention or a subsequent modification of it.

Kolff never patented his original machine, but after coming to the United States he headed a team which invented and tested the artificial heart.