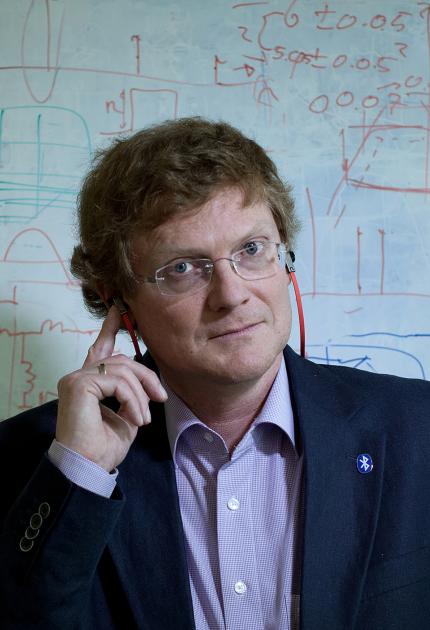 Jaap Haartsen has been active in the area of wireless communications for more than 25 years. In 1994, he laid the foundations for the system that was later known as the Bluetooth Wireless Technology, enabling connections between a seemingly endless array of devices.

In 1993, while in Sweden, Haartsen started working on indoor wireless communication systems. He was tasked with finding a solution for short-range radio connections that would add functionality to mobile phones and enable new sales. With the advent of Bluetooth, he played an active role in the creation of the Bluetooth Special Interest group which was founded in 1998, and served as chairman for the SIG air protocol specifications group from 1998 till 2000, driving the standardization of the Bluetooth radio interface. During that time, he played an important role in obtaining worldwide regulatory approval for the Bluetooth technology.

A native of the Netherlands, Haartsen studied at the Delft University of Technology, obtaining both his M.S. and Ph.D. degrees in electrical engineering. He started his career with Ericsson, remaining there until becoming CTO of Tonalite BV, a privately-owned company addressing wireless wearable products. Plantronics acquired Tonalite in 2012, and Haartsen has continued at Plantronics as an expert on wireless systems and technologies. He has also served on the faculty of the University of Twente.