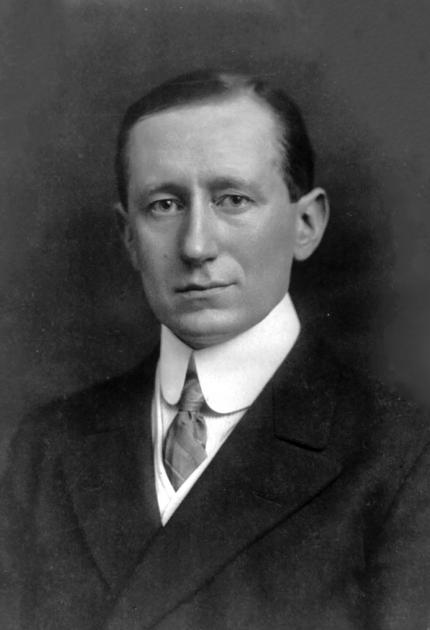 In 1895 Italian inventor Guglielmo Marconi built the equipment and transmitted electrical signals through the air from one end of his house to the other, and then from the house to the garden. These experiments were, in effect, the dawn of practical wireless telegraphy or radio.

Marconi was born in Bologna, Italy. His father was Italian, his mother Irish. He was educated first in Bologna and later in Florence. Then he went to the technical school in Leghorn, where he studied physics.

Following the successes of his experiments at home, Marconi became obsessed with the idea of sending messages across the Atlantic. He built a transmitter, 100 times more powerful than any previous station, at Poldhu, on the southwest tip of England, and in November 1901 installed a receiving station at St. John's Newfoundland. On December 12, 1901, he received signals from across the ocean. News of this achievement spread around the world, and he was acclaimed by outstanding scientists, including Thomas Edison.

Marconi received many honors, including the Nobel Prize for Physics in 1909. He was sent as a delegate to the Peace Conference in Paris in 1919, in which capacity he signed the peace treaties with Austria and Bulgaria.