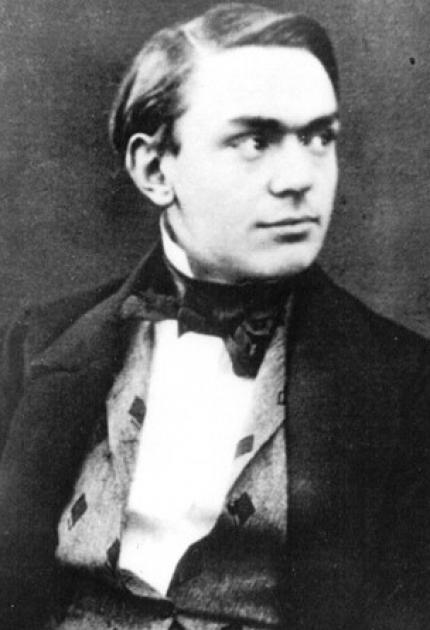 Alfred Nobel, the inventor of dynamite, was also a great industrialist. Born in Stockholm, Sweden, Nobel moved with his family as a youngster to St. Petersburg where he was tutored privately by leading university professors. After the Crimean War, the family returned to Sweden. In 1863, Nobel developed the Nobel patent detonator, which detonated nitroglycerin using a strong shock rather than heat. In 1865, the Nobel Company built the first factory for producing nitroglycerin. This led to the establishment of many factories around the world.

Nitroglycerin in its fluid state is very volatile. Nobel recognized this, and eventually patented dynamite, a combination of nitroglycerin absorbed by a porous substance. This gave him an easily handled, solid yet malleable explosive. This made nitroglycerin a useful explosive. Mining, railroad building, and other construction became safer, more efficient, and cheaper.

Nobel developed many improvements in explosives, and he held 355 patents in different countries in electrochemistry, optics, biology, and physiology. Upon his death, his will provided that the bulk of his fortune go to a fund that would award prizes annually for advancements in Physics, Chemistry, Physiology or Medicine, Literature, and Peace.