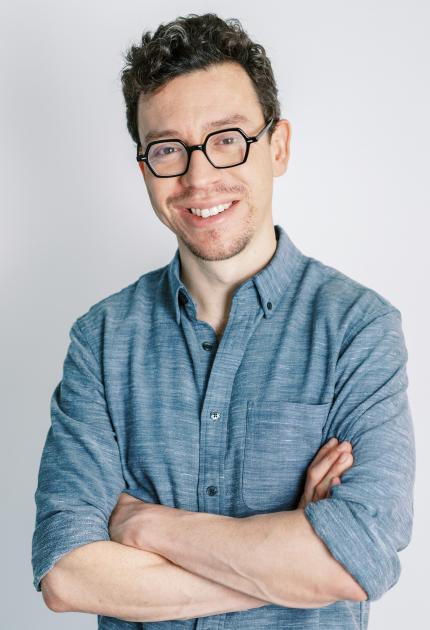 Computer scientist Luis von Ahn co-invented the website security program CAPTCHA, or Completely Automated Public Turing test for telling Computers and Humans Apart. He then created reCAPTCHA, which furthered the work of CAPTCHA while assisting in the digitization of books and other archives. He also co-founded Duolingo, a company whose online platform is the world’s most popular way to learn languages.

Born in Guatemala City, Guatemala, von Ahn is the son of two doctors, and he grew up exploring the candy factory owned by his mother’s family. The hands-on experience of trying to understand how the factory’s machinery worked fostered his curiosity, and he has said that receiving a Commodore 64 personal computer at age 8 set him on his career path.

He earned his bachelor’s degree in mathematics from Duke University in 2000. He then became a graduate researcher at Carnegie Mellon University, where he earned his master’s and doctorate degrees in computer science in 2003 and 2005.

In response to a request in 2000 from the web portal Yahoo!, a team from Carnegie Mellon that included von Ahn created CAPTCHA. This test was designed to help companies thwart “bots” — autonomous software programs that interact with computer systems or users to generate fake email accounts, corrupt search results or bypass online queues to reserve thousands of event tickets. A CAPTCHA program generated tests that humans could pass, but computers could not, by employing distorted text that users had to type correctly to confirm they were human before gaining access to a website or program.

In 2001, Yahoo! was the first company to introduce CAPTCHA and its use rapidly spread. Then von Ahn developed reCAPTCHA, which continued to protect against bot attacks while harnessing the efforts of billions of internet users to transcribe scans of archived newspapers and books. The reCAPTCHA program displayed scanned words for human users to decipher, and each time someone took a few seconds to solve a reCAPTCHA puzzle, they were translating that image into text.

In 2007, the New York Times partnered with von Ahn to digitize over a century’s worth of its archives. By 2018, over 1 billion people had helped digitize books through reCAPTCHA.

In 2009, von Ahn sold reCAPTCHA to Google and then dedicated himself to enabling people of all social classes to access better life opportunities through learning. In 2011, he co-founded Duolingo, a company whose online language-learning platform is the largest in the world.

“We've been able to educate literally millions of people,” von Ahn said of Duolingo in an interview with the National Inventors Hall of Fame®. “Most of them, in fact, 93% of them, have not paid us a single cent. And yet we were able to make a very successful company out of that. I'm very proud of that.”

He continues to serve as Duolingo’s CEO. He holds 13 U.S. patents and his awards include a MacArthur Fellowship and the Lemelson-MIT Prize. The Luis von Ahn Foundation was established in 2021 to improve life in Guatemala.

Discussing what drives his work, von Ahn said, “Early on, what motivated me was surprising, non-obvious, clever ideas. These days, I'm a lot more motivated by large-scale impact. I think that is significantly more motivating.”

10 Things You Need to Know About Luis von Ahn>>>