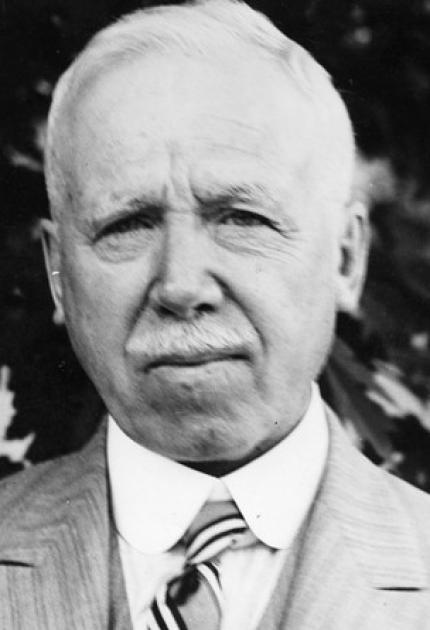 One of the most skillful and insightful automobile pioneers of his time, Alexander Winton was one of the first Americans to build automobiles for regular sale to the public, predating Henry Ford's car by more than five years.

Winton was born in Grangemouth, Scotland. In the 1890s, he began developing a horseless carriage, an idea originating from the European Industrial Revolution. After inventing a gasoline-motored bicycle, Winton broadened his idea to a car. By 1896, his car had a two-cylinder vertical engine with friction clutch, electric ignition, carburetor, regulator to control engine speed, engine starter, and pneumatic tires. Initial success led Winton to establish the Winton Motor Carriage Company to build an improved, dependable model. Winton sold his first car in 1898 for $1,000, the first sale of a gasoline automobile in America.

Winton's contributions to the growth of the American car industry extended to external and internal brakes on the same brake drum, which became the standard. With his company a success, Winton turned to improving the diesel engine. In 1913, the company produced the first American-made diesel engine. Winton's diesel factory was purchased by General Motors in 1930 and produced railroad engines until 1962.