Honorees’ Contributions to Society Are Centerpiece of 50th Anniversary Event

NORTH CANTON, Ohio — Jan. 6, 2023 — Sixteen innovation pioneers whose inventions range from wheelchair technology to aromatase inhibitors will be honored as part of the 50th class of National Inventors Hall of Fame® (NIHF) Inductees. The class was announced today at CES®.

In partnership with the United States Patent and Trademark Office (USPTO), NIHF will honor these Inductees on Oct. 26, 2023, at one of the innovation industry’s most highly anticipated events — “The Greatest Celebration of American Innovation®.” The event also will celebrate the 50th anniversary of NIHF’s founding in 1973, when Thomas Edison was the sole Inductee.

“It is an honor for the USPTO to recognize the 2023 class of the National Inventors Hall of Fame,” said Kathi Vidal, Under Secretary of Commerce for Intellectual Property and Director of the USPTO. “We are proud to be a 50-year partner with NIHF, and we look forward to working together to support and recognize our world-changing innovators and entrepreneurs.”

For biographies of each Inductee, visit https://www.invent.org/inductees/new-inductees.

The 16 Inductees in the class of 2023 will be honored at “The Greatest Celebration of American Innovation,” held in our nation's capital.

“As we commemorate the National Inventors Hall of Fame 50th anniversary in 2023, we are privileged to honor the 16 innovators, in our latest Inductee class, whose world-changing inventions demonstrate NIHF’s commitment to recognize and deliver innovation in America in our next five decades,” said NIHF CEO Michael Oister.

Sponsors of the National Inventors Hall of Fame Induction Ceremony include the USPTO, Qualcomm and North Carolina State University.

About the National Inventors Hall of Fame

The National Inventors Hall of Fame (NIHF) is the premier nonprofit organization in America dedicated to recognizing inventors and invention, promoting creativity, and advancing the spirit of innovation and entrepreneurship. Founded in 1973 in partnership with the United States Patent and Trademark Office, NIHF is committed to not only honoring the individuals whose inventions have made the world a better place, but to ensuring American ingenuity continues to thrive in the hands of coming generations through its national, hands-on educational programming and collegiate competitions focused on the exploration of science, technology, engineering and mathematics. Explore the NIHF Museum digitally in Google Arts & Culture’s “Once Upon a Try” project. For more information, visit invent.org. To nominate an inventor for Induction, visit invent.org/nominate.

Learn About Past Inductee Classes 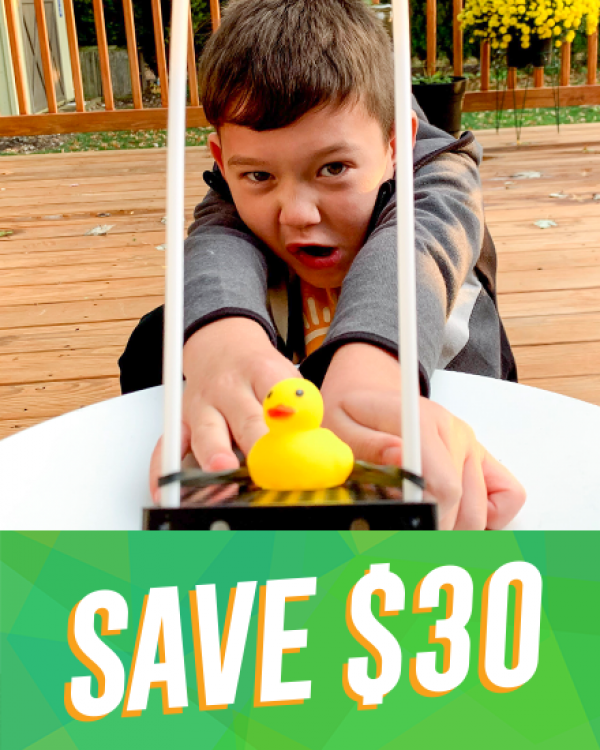 Not sure about registering?

Maybe a discount code will help! Enter your email to SAVE $30!