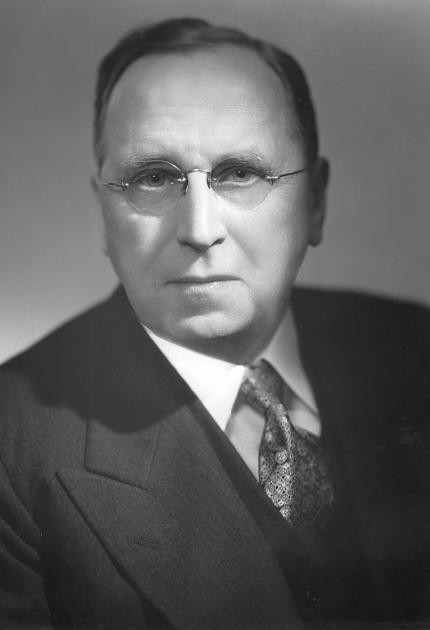 S. Duncan Black and Alonzo G. Decker laid the foundation for the modern power tool industry with their invention of the portable hand-held electric drill. The company they co-founded, Black & Decker, became a world leader as they continued to innovate, introducing the first line of power tools designed specifically for the “Do-It-Yourself” consumer market in 1946, and the first cordless power tool in 1961.

Black, a draftsman educated at Baltimore Polytechnic Institute, and Decker, a tool and die maker, met in 1906. In 1910, they pooled funds to open a small machine shop and began improving upon the world’s first electric power tool — a combination DC electric motor and manual drill device requiring operators to grip side handles with both hands while pressing into a chest plate to help penetrate the work surface.

In 1914, Black and Decker devised a pistol grip and trigger switch that enabled power control with one hand. Moreover, their new ½-inch portable drill included a universal electric motor capable of running on alternating current (AC) or direct current (DC). They began manufacturing their drill in 1916; the following year, the company opened a 12,000-square-foot manufacturing plant in Towson, Maryland. By 1920, Black & Decker surpassed $1 million in annual sales and soon had offices in eight U.S. cities and a factory in Canada. Virtually all of today’s electric drills descend from the original Black and Decker drill.

Black held 14 patents. He served as president of the company from 1910 until his death in 1951, when Decker replaced him. Through the years, Black & Decker acquired a variety of companies, and in 2010, Black & Decker merged with Stanley Works to become Stanley Black & Decker.