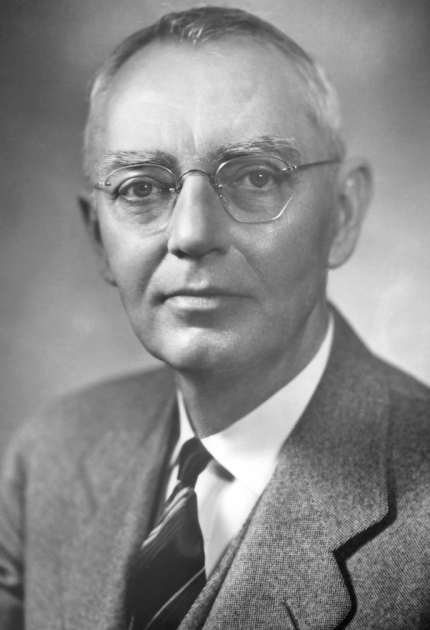 Virtually all of today’s electric drills descend from the original portable hand-held drill patented in 1917 by S. Duncan Black and Alonzo Decker, whose invention spurred the growth of the modern power tool industry. As the partners continued their innovations — including the first line of power tools designed for home users — the company they co-founded, Black & Decker, became a world leader.

In 1906, Black, a draftsman, and Decker, a tool and die maker, met as 23-year-old employees of the Rowland Telegraph Co. Four years later, Black sold his car for $600 and, with an equal amount from Decker, they opened a small machine shop in Baltimore. The initial focus of the new business was improving and manufacturing the inventions of others. While successful, they wanted to invent and produce their own products; their first was a portable air compressor designed for automobile owners to inflate their tires.

While pondering a Colt .45 automatic pistol, Black and Decker determined its features could improve the electric drill. In 1914, they devised a pistol grip and trigger switch enabling single-handed power control and began manufacturing their drill in 1916. In 1917, the company opened a 12,000-square-foot manufacturing plant in Towson, Maryland. By 1920, Black & Decker surpassed $1 million in annual sales and soon had offices in eight U.S. cities and a factory in Canada.

Decker, who had no formal education beyond seventh grade, held 41 patents. The Black & Decker Co. was a family business for decades. A Black or a Decker served in a direct leadership role as president, CEO or board chair from its founding in 1910 until 1978. In 2010, Black & Decker merged with Stanley Works to become Stanley Black & Decker.