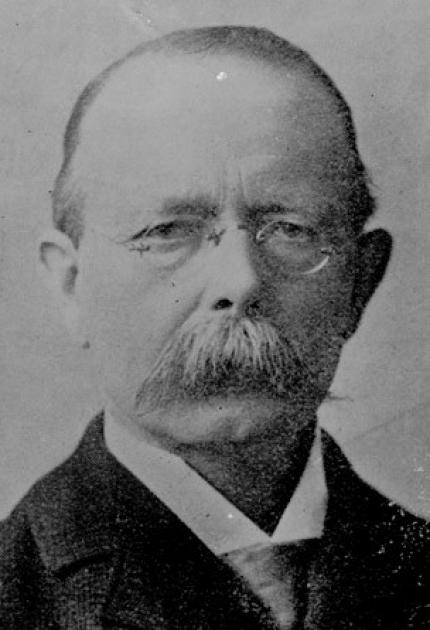 John Phillip Holland was known for his contributions to the invention of submarines and submarine components, many of which found their way into the designs used by the United States Navy.

Born in Liscannor, Ireland, Holland moved to the U.S. to build submergible boats, developing several functional submarine prototypes during the latter half of the 19th century. His most significant advancements included the Holland I in 1878, a two-and-a half meter, one-person submersible and the Fenian Ram, a thirty-one foot long vessel. Founding the John P. Holland Torpedo Boat Company, he designed and manufactured submersible prototypes that sparked the interest of the U.S. Navy. He would win eventual success with an improved Holland I design, a 53.3 foot long, six-person submersible that could remain under water for forty hours.

The Holland was launched in 1897, and in 1900, the U.S. Navy purchased the submarine for $150,000. This submarine design would become the model for the Navy's fleet of submersibles for the next several decades.

In addition to obtaining patents for submarines, Holland also received patents for various supplementary apparatus, such as a screw propeller, several guns, and a visual indicator.