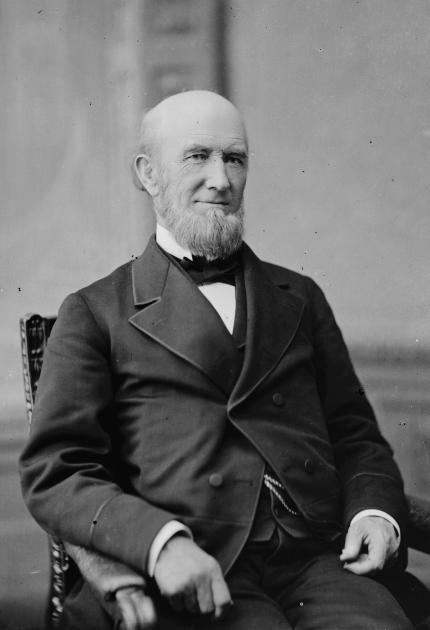 James Buchanan Eads created a series of inventions during the 1800s that improved transportation, commerce and the military defense of the Mississippi River region. The impact of his innovations in the area, and on the entire country, was immense.

By his late teens, the self-taught Eads was working as a steamboat clerk on a ship that sank. Realizing accidents were common on the Mississippi River, Eads designed salvage ships and an improved diving bell, allowing him to work underwater. He made a fortune in the salvaging business and went on to spend the next several decades addressing challenges in the region.

During the Civil War, Eads constructed a fleet of seven ironclads that the Union used to engage in battle with Confederate forces. He also designed a revolving, steam-powered gun turret for ironclad monitors. His efforts were crucial to Union success.

Following the war, he worked on infrastructure projects to improve transportation and commerce. Construction on the Eads Bridge, the first major bridge to span the Mississippi River, began in 1867 and it opened in 1874. Connecting St. Louis, Missouri, with East St. Louis, Illinois, it was the first bridge to make extensive use of steel and the first bridge in the U.S. to employ pneumatic caissons for deep underwater construction work.

Eads also enabled clear access for large ships from the Mississippi River into the Gulf of Mexico. By constructing a series of jetties at the Southwest Pass, he caused the river to narrow and flow faster. The increased river power scoured a deeper channel. The jetty project, completed in 1879, had a significant impact on the port of New Orleans.

During his lifetime, Eads received many recognitions including election to the National Academy of Sciences, and he was named a fellow of both the American Association for the Advancement of Science and the American Society of Civil Engineers.

10 Things You Need to Know About James Buchanan Eads >>>