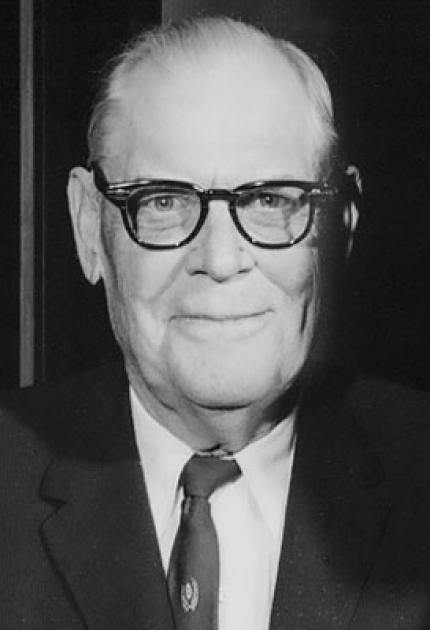 One of 13 children, Abercrombie spent his early years in farming and working on his family’s dairy farm before getting involved in the oil business. In 1920, Abercrombie and Cameron formed Cameron Iron Works. There, the two developed Abercrombie’s idea for a “ram-type” blowout preventer that would use hydrostatic pistons (rams) to clamp the drill stem and create a seal against well pressure during a blowout.

Before the invention of the BOP, oil wells were left to “blow out” after tapping to sufficiently reduce pressure for capping. Today, when installed on a wellhead, the BOP allows for complete control of pressure during drilling. Patented in 1926, Abercrombie and Cameron’s “Type MO BOP” could withstand up to 3,000 pounds per square inch (psi), then an industry record.

Abercrombie earned a total of 30 U.S. patents and became one of Houston’s most generous philanthropists. His many contributions include sizable donations to Rice University and the Texas Children’s Hospital. Support for this hospital would continue through the James S. Abercrombie Foundation, which was established in 1968.

Cameron Iron Works evolved over the decades into Cameron International, which became part of Schlumberger Ltd. in 2016. Today, Cameron is a leading manufacturer of oil and gas pressure control and separation equipment, and the company remains one of the leading providers of BOPs in the industry.

10 Things You Need to Know About James Abercrombie>>>