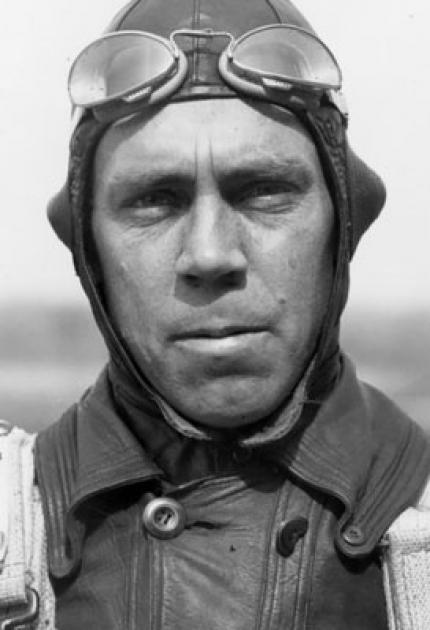 The first working modern parachute was developed by trapeze artist turned aviator Floyd Smith. He became interested in parachutes after having survived a near-fatal airplane accident while working as a test pilot. Smith soon realized that a safer and more effective solution than the static-line parachutes of the era was for aviators to instead carry the chute on their back and open it manually when clear of the plane.

After having gained aviation experience by building his own plane and working as a mechanic and test pilot for the Glenn L. Martin Co., Smith was hired by the U.S. Army Air Service to test and inspect planes at South Field in Dayton, Ohio. Around that same time, in July 1918, he filed a patent for his parachute.

Worn on the body and featuring a release mechanism attached to the pack itself, Smith’s emergency bailout chute model enabled jumpers to deploy the canopy manually with a ripcord instead of using a static-line parachute attached to the plane, which could become entangled when jumping. This chute design would both set the standard for decades to come and jumpstart the entire parachute industry.

During World War I, an increasing number of military pilot fatalities led the Army to seek a practical parachute for emergency escape from aircraft, and Smith was part of the team at McCook Field in Dayton tasked with this project. His parachute was among many tested in 1919 and was the one that best met the Army’s requirements. Soon, the “Type A” design, which was closely based on Smith’s original version, became the standard parachute for the Army. Smith’s design was noted for its adaptability in escaping from planes in spins, dives or inverted positions. By World War II, parachutes were saving pilots and flight crews of disabled planes.

Smith left government service in 1919. He licensed his patents to several parachute manufacturers and founded companies of his own, including the Floyd Smith Aerial Equipment Co. and Pioneer Parachute Co.

10 Things You Need to Know About Floyd Smith>>>