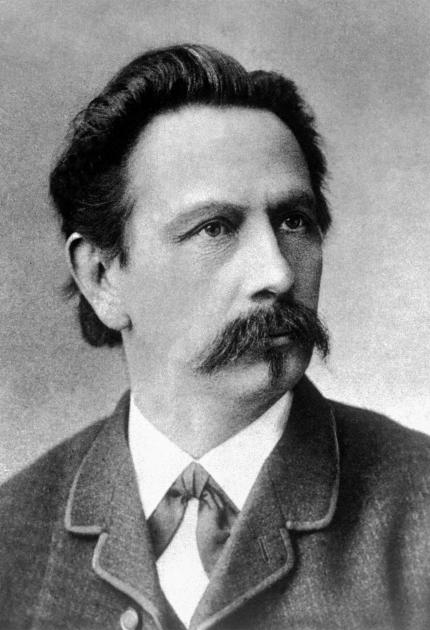 German engineer Carl Benz was the first to design a car around the internal combustion engine rather than adding an engine to an existing wagon or carriage, a critical insight in auto evolution.

In 1883, Benz partnered with co-investors to establish Benz & Cie. to market a stationary two-stroke engine he had developed. Its success allowed Benz to focus on developing a lighter engine for vehicles. The two-stroke engine was impractical for this purpose, so Benz set to work on increasing the speed of the four-stroke engine by developing the ignition and valve control.

By 1886, Benz had built a gasoline-powered three-wheeled vehicle, the first to combine an internal combustion engine with an integrated chassis. The two rear wheels supported the 0.75 hp strong, single-cylinder engine, and the front wheel was connected to the steering tiller inside the passenger compartment. Debuting on the streets of Mannheim in July 1886, it had all the main components of today's internal combustion engines: a crankshaft, electric ignition and water cooling. It traveled about 10 km on a liter of gasoline (about 23 mpg), reached a top speed of 16 kph (about 10 mph) and is considered by experts as the first practical, gasoline-powered automobile to be commercially available. By using an approach where the integration of the engine, chassis and drive formed a single entity, Benz set the standard for automotive design.

In August 1888, Bertha Benz, Carl’s wife, drove their two teenage sons 100 miles from Mannheim to Pforzheim in a Benz Model 3, stirring up publicity with the first long-distance journey in automotive history along the way. A few days later, Carl Benz displayed the Model 3 at the Munich Engineering Exhibition, where he drove between the exhibit hall and the city several times a day, generating detailed press coverage.

In 1893, Benz solved a steering problem that had prevented him from building four-wheeled cars and debuted the Benz Victoria later that year. By 1900, Benz & Cie. was the world's leading automobile manufacturer. Carl Benz retired from an active role in the company in 1903. Benz & Cie. merged with Daimler-Motoren-Gesellschaft in 1926 to form Daimler-Benz AG.