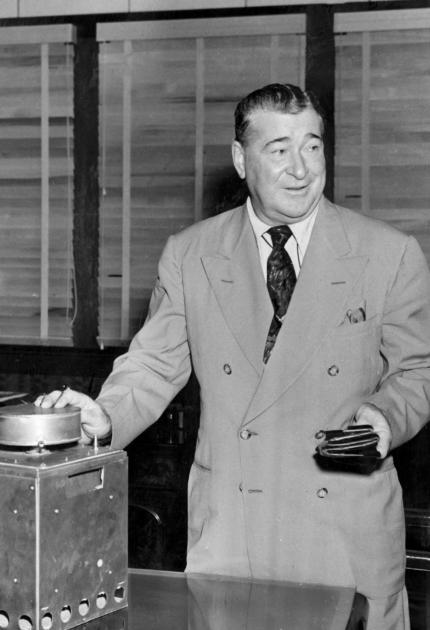 Andrew Higgins, a New Orleans-based boat builder and inventor, developed and manufactured landing craft critical to the success of the U.S. military during World War II. The best known was the Landing Craft, Vehicle, Personnel (LCVP), or Higgins Boat, used to land American troops on the beaches of Normandy on D-Day.

During the 1930s, Higgins developed the Eureka, a fast, maneuverable and rugged flat-bottomed craft. In a series of competitions with boats from other manufacturers prior to the American entry into World War II, the Eureka’s superior performance resulted in the U.S. Navy awarding contracts to Higgins Industries to build landing craft for the military.

Capable of carrying 36 combat-equipped infantrymen, a Jeep and 12 troops, or 8,100 pounds of cargo, the LCVP featured a crew of four and could float in 3 feet of water, reach a speed of 12 knots, and was protected by two .30 caliber machine guns. Used in North Africa, Italy, France and across the Pacific, and by the U.S. Army to cross the Rhine River into Germany in March 1945, the Higgins Boat became the standard personnel landing craft for the military during World War II.

Higgins was honored by the Army, Navy and Marine Corps for his work, which included high-speed Patrol Torpedo (PT) boats. Named on 18 patents, Higgins remained president of Higgins Industries until his death in 1952.